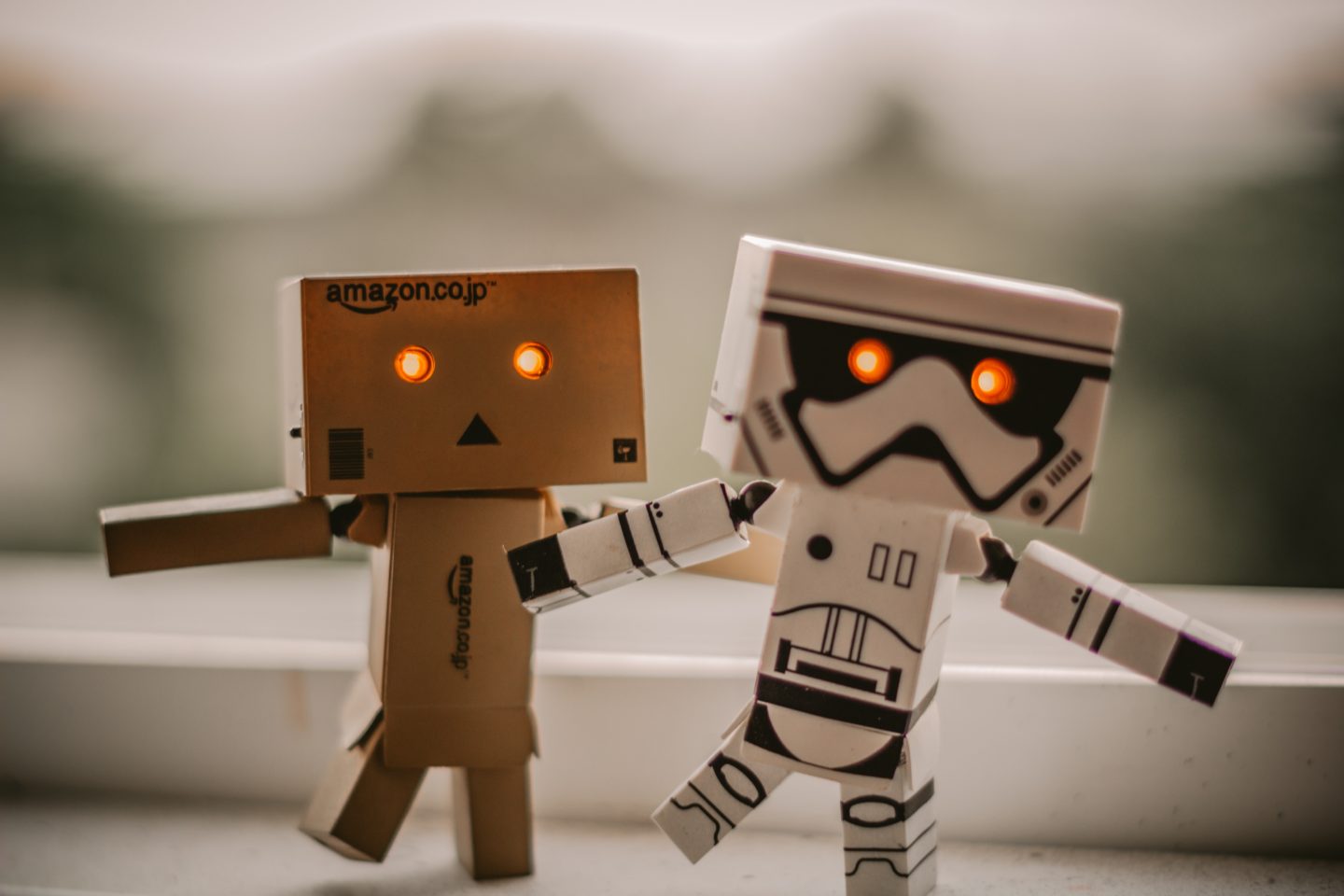 This is a topic that creates a lot of controversy and stirs a lot of feelings, mainly fear. Why are we so afraid of robots taking over our jobs? The obvious reason and argument against new technology is what will we do as human beings if artificial intelligence or robots become capable of doing our work?! And how will we make an income? I see the logic and I can sense the fear behind it. I understand it. However, I think this argument is one sided. It does not capture the amazing possibilities that a world with robots can provide for us.

What kind of jobs are robots going to take over

I don’t know what you think, but I don’t believe machines and robots are going to take over these kinds of jobs. They will definitely help us, but not take them over. And these are the jobs that people want to do. These are the jobs that more and more people will be able to do if we free up their time, if we free up their minds to focus on their dreams.

Currently, most people are focused on making a living not a life. They are focused on their daily jobs which usually entail long hours energy draining tasks. Let’s think about the jobs that people don’t want to do. Have you ever asked a child what she wants to do when she grows up and got the response “public toilet cleaner”! or cleaning other people’s houses, or factory worker that spends long days on an assembly line, or a civil servant that reviews papers all day long to check all the forms are filled out with people’s data?

Again, I don’t know about you, but I have never received these responses from children nor have I heard of anyone else that has received these responses. I will take it a step further. I think there are jobs that we do like doing that have a lot of tasks attached to them that we don’t want to do. Why don’t we want to do them? Because they are boring and very time consuming and take away from the time we could be spending on coming up with creative solutions.

Let me give you an example from my life. I design and manage projects. I used to do this full time. The design part is very interesting and mentally stimulating. This part of my job keeps me motivated. However, there are big parts of my job that I don’t like doing. Mainly boring work that is made even more boring and time consuming by a very user-unfriendly system that I have to use to record everything in multiple forms. And when those parts start to constitute the majority of my work I feel drained. I start to lose my motivation. I stop putting forth creative ideas to make my projects better, because I either don’t have them anymore or I just can’t take on any more work. The worst consequence for me is that I start to feel completely detached from the people I am supposed to be helping.

This is how I think a robot will help me and others that have similar jobs. A robot or a machine could be responsible for the clerical tasks. A robot could take data that I have already recorded in one place and record it in different formats or systems. That would free up my time to work on the more interesting part – the design and implementation of the project, and interaction with people – or to take time off!

Do people really want to do boring work?

You might say some people actually like doing clerical work. They like it because its mentally non-demanding and thus soothing. While some people want to do this work, so they can get a foot in the organisation and learn and make their way up.

True. I agree with that argument. However, I still think we would be better off if this was a choice. Let me explain by looking at both types of people. First the ones that like clerical work because its soothing. These people normally take on jobs that are not very mentally demanding because they want to get out of the house, meet people, belong to an organisation, and of course make an income. These people do not want to do this kind of work in huge quantities. They are human beings, they may have a higher tolerance than others for monotonous tasks, but I don’t believe they want to do very much of it. Only passion driven people want to do a lot of work.

Let’s look at the second type of person. This person is only performing a task as an entry point to move up the ladder. What if we gave people the opportunity to come into our organisations with a slightly more motivating task to prove themselves? Would that not be a win-win situation?

This is why I think it would be amazing if we could get robots to do these tasks. wouldn’t it be great if we didn’t have to ask real people to do them? If we did not organize ourselves as a society whereby some people, actually most people, have to work at jobs that are killing their soul? You may think that the expression “killing their soul” is an exaggeration, but I believe that is what these kinds of jobs do to people that are forced to perform them years on end because they have no other option if they are to earn an income.

What do we do with people that are not skilled?

I hear you say, what if these people don’t have the brains to do anything else? What if these mind-numbing jobs are the only contribution they could possibly give society?

I have two things to say on that. First, I don’t believe this kind of work would be the only function any human being would have to offer society. I believe everyone has talents, we are just not very good as a society at helping people identify them and cultivating them. Second, let’s suppose that I am wrong, and some people are completely lacking in talent and abilities. My question to you is this: is this the way we want to treat them as a global community? Punish them because they have fewer abilities and talents?

In the past, before we had our modern technology, I can see how the answer would be yes. Not out of spite or evilness, but out of necessity. As I mentioned, we would not be able to live our comfortable lives if no one was cleaning our streets, if no one was at the assembly lines day in day out manufacturing our cars, clothes, TVs, phones…. the list is endless. But now we have the technology, or at least we are getting there.

For the first time in history we have a way out of subjecting people to slavery. Instead of responding with celebration, we are responding with terror! We are scared a machine will take away these jobs no one wants to do.

What about the elephant in the room – income!

Now let’s face the elephant in the room. Income. Money. If a robot can do my job, what am I going to do? I won’t have a job. No one will hire me. The companies we work for will lay off most of their employees and buy robots to do the work. And all those employees and workers will be sitting at home with no income to live. They may even lose their homes if they are renting or still paying mortgage. Disaster.

If this is the way we respond as a society then yes that is a scary scenario. But does it have to be like that? Can’t we think of a better way to respond so we can actualize the amazing possibilities?

Would it be possible to perhaps have workers and employees work less time?

Would it be possible as a society to help the people that lose their jobs to robots to learn new skills?

Would it be possible that we as a society support those people while they learn new skills and figure out what to do, even if that takes years?

Alternative vision for the future

Maybe we should think more seriously about sending cheques out in the post to everyone to cover basic expenses.

The economists and the financiers might think this sounds crazy. Paying people that are sitting at home doing nothing?! Paying people that are not contributing to our production?!  Our economy will collapse! But let’s look at the picture holistically. What are the benefits? Less petty crime by people that are hungry. Less costly health care for stress, depression and alcoholism. Less bureaucracy to figure out who to pay and who not to. I would even dare say less terrorism. Combating these problems costs money. LOADS of money. And then there are the intangibles. Peaceful society. Happy society. Time for creativity.

I believe in the human spirit. I believe if a person is given a chance, they normally make something out of it. I don’t think the majority of us want to sit at home and receive handouts endlessly. Once our basic needs of food and shelter are met, we start looking to fulfill our deeper desires as humans, our desire to achieve, our desire for knowledge, our desire for recognition, our desire to contribute and belong to a community.

Imagine a world where everyone has the chance to fulfill these desires. Don’t you think dear reader that it would be a better world for all of us?